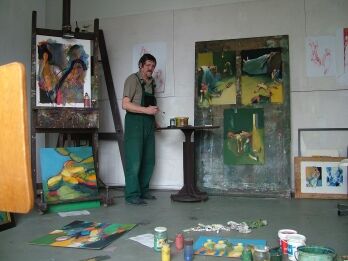 Vilmos Tamás Kovács, Budapest 1951- Vilmos Tamás Kovács is primarily a figurative artist. Expressing and embodying man in various states of existence gains essential expression in his pictures and reliefs. The pictures are built on red, yellow, blue, green, saturated color spots, and he only sometimes shades his figures with tonal and color transitions. Color, shape and gesture express loneliness and vulnerability. There is no connection between the members of the groups, which are often depicted from a close-up view. The shapes exist in themselves. Their eyes and gestures reveal that each of them is observing, looking at something, but what exactly is a mystery to the viewer and perhaps to the figures as well. It seems that all of them are coming from some direction and heading towards some direction, but it is not known specifically from where and where. 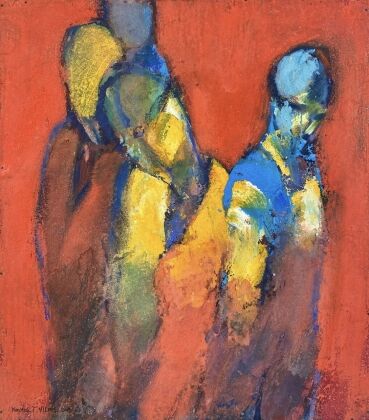 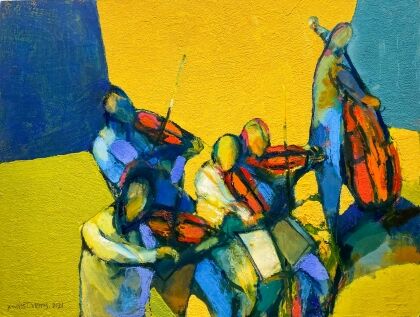