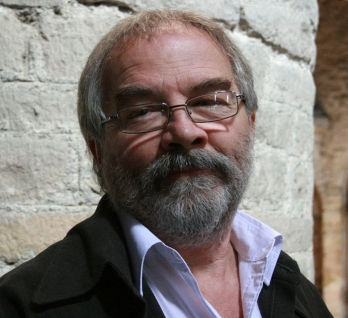 Painter. He was a student of Aurél Bernáth at the College of Fine Arts in Budapest. He graduated in 1969. Between 1969-74, he studied fresco studies at Aurel Bernáth. In 1978-79 he received a scholarship from the Académie Royale des Beaux-Arts in Brussels. He has been studying in several Eastern and Western European countries, Italy, England, the Netherlands and Germany. In 1981, the Budafoki Papíripari Company created a workshop for paper, paper and cellulose fibers. In 1986, he was one of the founders of the Paper and Paper Manufacturers International Society in Düren, Germany. Between 1994 and 1998 he worked as director of the Hungária Gobelin Studio. Since 1996, he has a paper mill in the Csepel Paper Factory. With its paintings and works of art, several individual artists (Art Gallery, Thermál Hotel, Mini Gallery, Budapest Gallery, Vigadó Gallery, Vasarely Museum, Paper Gallery, Astra Gallery, Szolnok, Hamburg, Darmstadt, Berlin, Stuttgart, Barcelona, ​​Paris, Alborg etc.) and koll. (London, Düren, Munich, Stuttgart, Berlin, Utrecht, Aalborg, Barcelona, ​​Bilbao, Reno, Basel, Paris, Istanbul, Copenhagen, Viborg, Edmonton, Calgary, Atlanta etc.). Initially, he painted essentially natural-looking paintings, his surfaces were characterized by fresco and decorativity and, to a certain extent, under the influence of Aurel Bernáth, but it was strange that the Riviera returned to expressive constructivism to a young master. Subsequent creative work is fundamentally determined by its attractiveness to watercolors. Paper casting made it possible to produce convex surfaces from paper masses and cellulose fibers, first only on our substrates for special watercolors. In the 1980s and 1990s he developed a peculiar, personalized form of gold, with gold pulp and other cellulose embellishments colored in the 1980s and 1990s, which can be linked to the ecole de Paris's color and to the power of American abstract expressionism, but quite different to M her own style. He is the winner of several studio concerts and the Eger Aquarius Biennale. From 1970 to 1973 he was awarded a Derkovits scholarship. He is also in the field of fresco and sealing. His creations are given in the National Gallery of Hungary, in the museums of Szolnok and Kaposvár, the Georgian National Gallery and the Hungarian Institute in Paris. (P.SZ.E .: Új Műv. 1992/8, following the data of Ernő P. Szabó, MÉ) 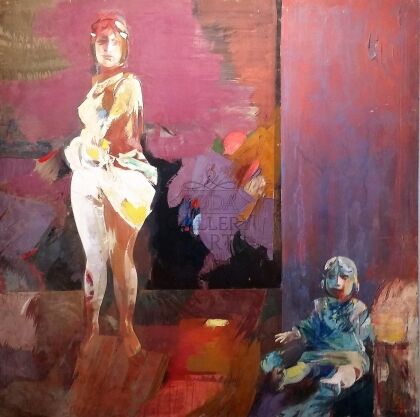