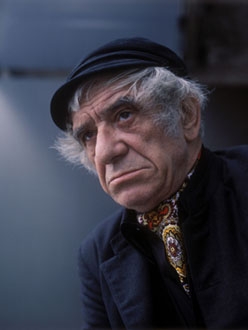 Graphic artist, sculptor. Studies in 1927, he began the College of Applied Arts in Budapest graphics department, and Bauhaus in Dessau went on, and later in Berlin, Dresden and scholarship. Masters: László Moholy Nagy, Paul Klee, Otto Dix. He studied sculpture in Paris, Maillol's workshop as well. From 1930 he lived abroad, settled permanently in Rome. He organized his first exhibition in Dresden. He participated in 1952 and 1956, the Venice Biennale, appeared in 1962 as an independent exhibition. He introduced himself in 1958 at the World Exhibition in Brussels, was an individual exhibition in 1963 in Paris, 1966 in New York. At home in 1969, the Art Gallery, the Museum of Pécs and featured in major collections in Tihany, Hungary was from then on a regular basis. 1982 artists participated in the exhibition of Hungarian origin living abroad 2. Significant works include the Roma Termini train station strips, the Hungarian Chapel of the Vatican and the University of Godollo gardening relief. In 1978, the works of a permanent exhibit of Pécs Modern Hungarian Picture Gallery. 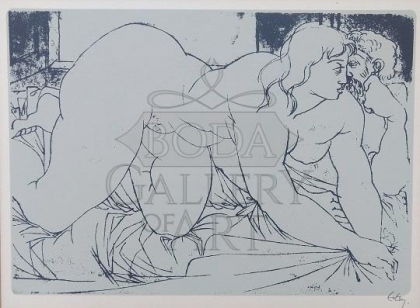