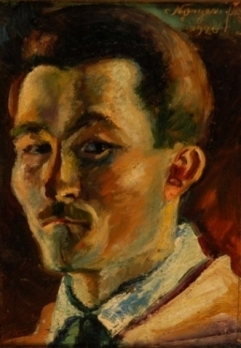 Painter, graphic artist. Charles began his art studies in Nyergesújfalu Kernstok free school. It is said that love was Kernstok children. Later, he studied glass painting of Industrial Design School. The Kernstok led Nyergesújfalu worked as a member of the Free School in 1919. He studied at the Julian Academy in Paris in 1925-1926. 1923 was the first solo exhibition. KUT The group belonged to the 1930s, took part in the exhibitions KUT. For example, he had solo exhibitions in 1968 and 1975 in Esztergom Balassa Balint Museum, 1975 King Szent István Museum in Székesfehérvár. Awards: Award of the capital in 1918, the Order of Merit Silver Work degree in 1965. Public works can be found among the rest of the Collection of the National Gallery, the Esztergom Balassa Balint Museum, the nyergesújfalusi Kernstok Collection. 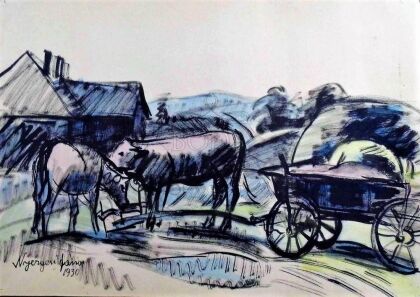