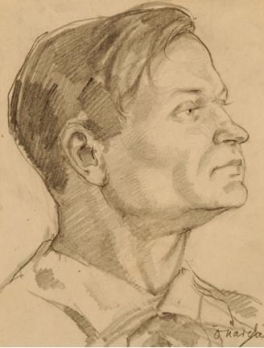 Graphic designer, painter and illustrator. The studied Fine Arts in Budapest. Master: Viktor Olgyai. Awareness, made etchings of World War I brought him home and abroad. In 1926, Ernst won awards and prizes Zichy. In 1927 he worked for a state scholarship for a long time in London, where a successful participant in the graphic exhibitions. It was bigger solo exhibition in 1922 at Monza in 1924 at the Ernst Museum. The Second World War is also immortalized in the drawings. From 1953 the School of Art and Design Budapest, worked as a teacher. In 1954, the Metropolitan Gallery, 1956 The Kiss Gallery exhibition organized individual. His works can be found in London\'s British Museum and the Victoria and Albert Museum and the National Gallery\'s collection. 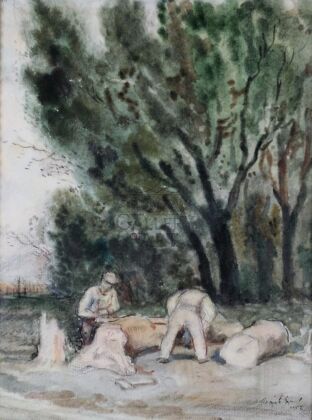