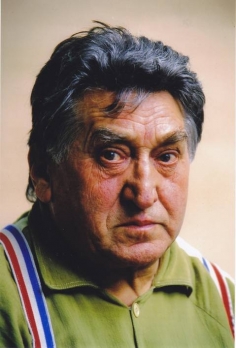 1952-1959: Hungarian Academy of Fine Arts, masters: Aurél Bernáth, Géza Fónyi, Gyula Pap. He traveled on a study tour: Germany, Poland, Soviet Union, France, Russia, Czechoslovakia. 1963: KISZ Award; 1964-1966: Derkovits scholarship; 1976: at the Biennale of the Eger Aquarius of V, the Art Fund of the Hungarian People\'s Republic; 1981: Prize for Painting Triennial in Szolnok; 1995: Munkácsy Award. From 1959 he was a member of the Young Artists Association, and in 1965 he was elected to the board of directors. From 1972 he was a member of the Szentendre colony, and from 1980 he was member of the Workshop Gallery in Szentendre. Lives in Budapest and Szentendre. From 1959 he attended exhibitions. In addition to the paintings, he creates graphics, plastics, gobelin, glass compositions. His paintings of the 1960s are lyrical landscapes and cityscape, still life, interior, life spells and portraits. With its tightly structured, richly colored compositions, it focuses on the material and moody memories of its birthplace. Trumpet-like stills of character. From 1972, moving to Szentendre, his painting changed. The motifs (hearts, tulips, crosses, daggers, wedges, circles) are also highlighted from folk objects depicted earlier. They are far from realistic depiction, the real elements are replaced by stylized folk motifs, geometric shapes. In the paintings born in the 1970s, the picture still united with motifs painted in pure colors, they permeate each other. At the turn of the \'70s and\' 80s, his compositions became planar. The definitive color of the images is white. Typical motifs appear in rhythmic lines, rich in variations, filling in the picture surface. From the beginning of the 1990s, his paintings became more serious, with dark-colored, large-scale works. The dark surface is broken only by a few motifs. 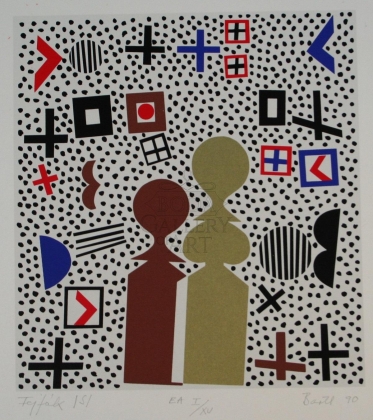 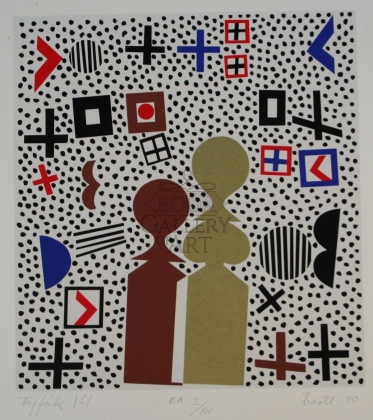 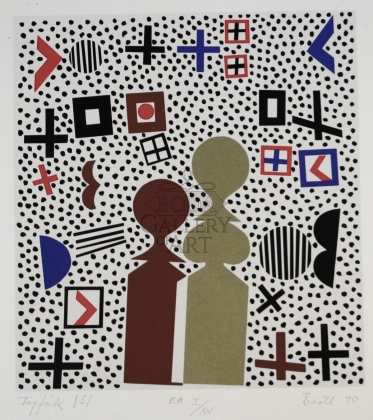 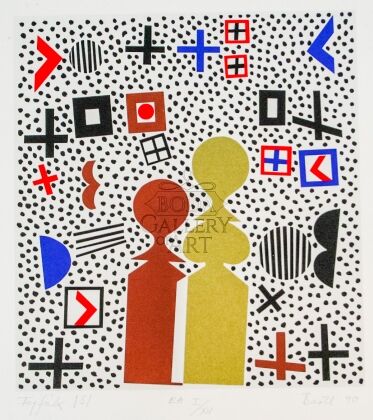