Painter. In Budapest Mintarajziskola, Székely at Bertalan Began her art education, then in Paris and Brussels he continued. Until World War I broke up for five years in Belgium Worked and set up. In 1919 and in 1921 in Budapest, In the National Salon, in 1924 in the Műcsarnok, a collection exhibition. In 1940 he was awarded with Péter Szüle in Debrecen. Two works of the Hungarian National Gallery It is located. 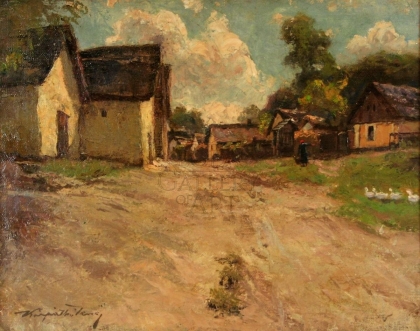