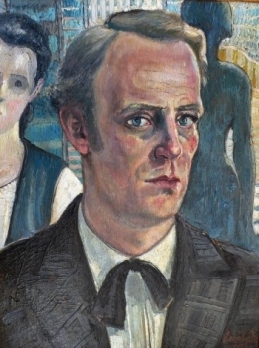 Painter. He began studying art at the Fine Arts Academy in Budapest, and trained himself in the art colony in Kecskemét, Florence and Palermo. Master: Révész Imre. 1967 winner of the Summer Exhibition in Szeged, Szeged in 1969 received awards in painting. As sailors traveled the world and worked in several European countries as a painter. In 1934 he settled permanently in his hometown. He joined in the domestic life exhibits. In 1936, he participated in the Venice Biennale. In 1967, the Hungarian National Gallery, 1971 Art Gallery featured in collective exhibitions. 1968 organized an exhibition of the works of Szeged museum collections. After his death in 1994 was a memorial exhibition of the same place. Several operations in Szeged Mora Museum collection.