Painter. He studied at the Fine Arts School in Cluj, in 1930 and 1931 by the Hungarian Academy of Fine Arts in Budapest. Masters: Réti István, Szőnyi István. Simultaneously, the Baia Mare School of Fine Arts, and art studies at Thorma János led by Krizsán János. Between 1948-1950 he worked in Transylvania scholarship. Budapest, lived in Captain Street artist colony. His oeuvre is rich. He painted a lot, also made reproduction artwork and mosaics as well. 1943 set out in Cluj. 1946 Hungary introduced the works of individual exhibitions: (Bp., 1959), the Institute of Cultural Relations, the Picture Gallery and the Gallery of Vigadó Gallery in 1998. He participated in group exhibitions among others in the Kunsthalle (1957, 1988) and the Budapest Gallery (1996). Abroad in several European countries, the USA, Canada, India and featured exhibitions. Awards: Painting Prize of the capital (1942), a painting prize Artists Association of Northern Hungary (1972). Hungarian public collections in several of his works in the National Gallery. 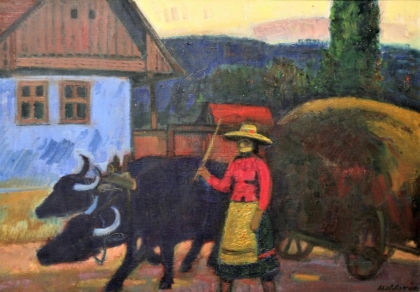 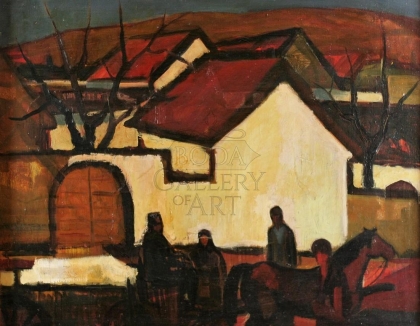 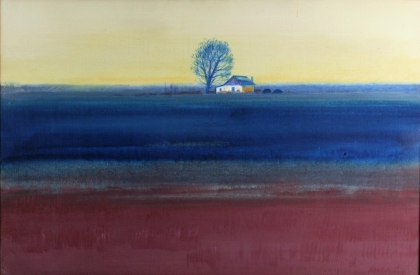 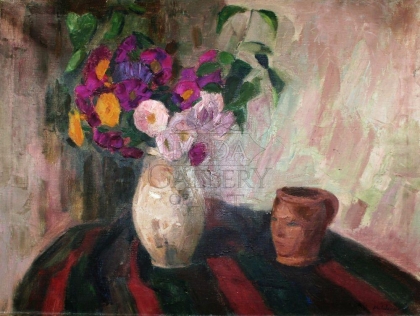