Graphic artist, painter and sculptor. The School of Applied Arts in Budapest after visiting the College of Fine Arts, where Hincz György Gyula Kadar Konecsni and were the masters. In 1960-61 the Leipzig Book and Graphic Arts from aspirants and 1967-81 Iparművé- the Hungarian College of book arts department of teaching sectional College graphic Department. Since 1973, among the best in könyvillusztrátoraink, stamp design and create posters for films. Between 1956-59 Derkovits received a scholarship in 1954 and in 1967 was awarded the Munkácsy Prize. 1958 World\'s Fair in Brussels won the silver medal. In 1966 and 1977 Artist of Merit, Distinguished Artist title in 1986 was called. In 1992 he was awarded the Officer\'s Cross Order of Merit of the Hungarian Republic. 1999 Kossuth Prize winning artist. Honorary Citizen of Szeged. Moscow, Toronto, Bratislava, Sao Paulo, Hungarian and German \"Good Book\" won awards in competitions. In 1966, in Leipzig, \"The most beautiful and 1977. In 1999, the book arts exhibition in Frankfurt was the book\" award. Member of the Hungarian Society of Painters, English, French and German and international book artists associations, institutions. Major exhibitions 1964 Dürer Hall, 1973 Petõfi Literature Museum Békéscsaba Ten Club of orderly individual exhibits. Abroad in Italy, Austria and Switzerland was an individual exhibition. In 1960, he featured in the Venice Biennale in 1961, the Paris Youth Biennale. He introduced himself at the Berlin International Graph Tokyo, Buenos Aires. A number of the Hungarian work in the National Gallery. Since 1985 Szeged Kass János Gallery permanent display presents works. 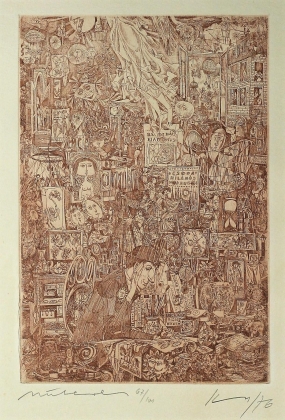 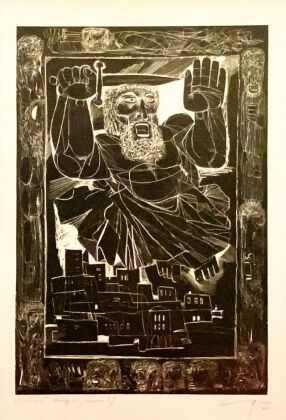 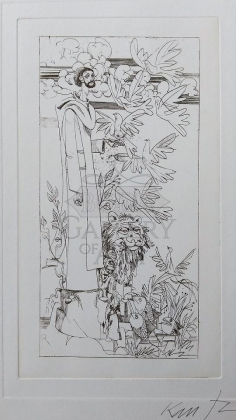