July 1932 6. Cashier, † Aug. 1992 24. Kassa) Painter, graphic artist. He graduated from the Academy of Fine Arts in Bratislava in 1958. In 1958-1959 he was a graphic designer for A Hét, he taught between 1960-1964, and from 1964 he worked as a freelance artist in his hometown. In addition to simplified figural motifs, his lithographs are characterized by cubistically abstract forms. The same applies to his cultured color world painting. He also worked in illustration and created monumental works. 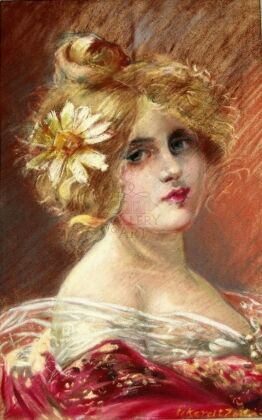