Darvassy István Hódmezővásárhely, 1888-1960, Budapest Painter. He continued his studies at the Academy of Fine Arts in Budapest, the artist colony in Kecskemét and in Vienna. Masters: Ferenc Olgyai, Béla Iványi Grünwald. In 1918, he won the Lipótváros Kaszinó prize with his war painting. Between the two world wars, it regularly operated in Hódmezővásárhely. He had a collection exhibition in 1924 and 1926 at the National Salon. After 1945 he lived in seclusion. 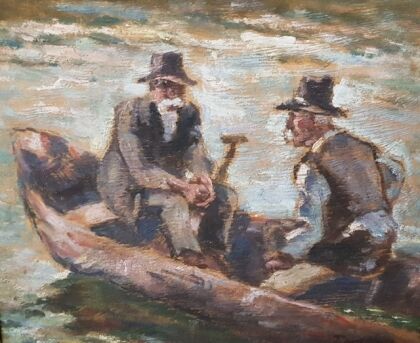