György Kapussy of Toronto, 1903-1986, Budapest Painter. Between 1922-24 he attended the Budapest Academy of Fine Arts, Oszkár Glatz his master. He worked as a portrait painter in Gyula, Hódmezővásárhely and Győr. in 1925 He was on a study trip in Florence. He was a member of the Association of Spiritual Artists. in 1925 He received the Benczúr prize, and in 1926 he won the prize of the National Salon. in Győr, Sopron he has appeared in solo and collective exhibitions in the National Salon and the Műcsarnok. A picture He donated it to the city of Sopron, more is kept by the Sopron Archives. 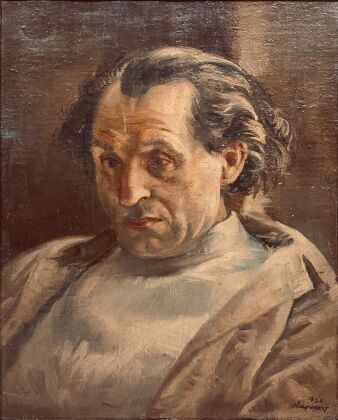