István Z. Soós, Nagykanizsa (1900-2002) Nagykanizsa Painter, graphic designer. He graduated from the College of Applied Arts in 1925, then studied at the College of Fine Arts with Oszkár Glatz for two years. In the 1930s, he made two study trips to Italy, where, after studying Renaissance and Baroque wall painting, he began working on restoration. In 1943, he restored Vilmos Aba Novák's frescoes in Székesfehérvár. From 1927, he participated in exhibitions, among others in Kaposvár and the National Salon. His works are preserved in Nagykanizsa and Kaposvár. His almost 50 square meter fresco commemorating the battles against the Turks can be seen in the National Gallery. Literature: R. Szíj: Art of István Soós, Bp., 1982. 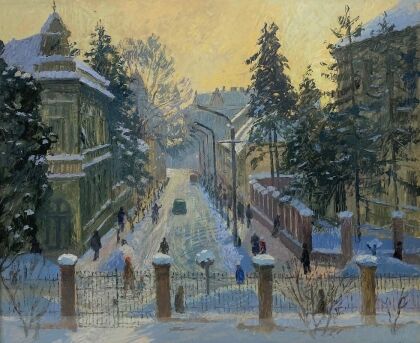