Francis Czinke (Nagyrozvágy, 1926 - Salgótarján, 2000) Graphic. The Academy of Fine Arts in Budapest conducted in 1956. Masters: Szőnyi István János Jakuba. Between 1960-64 was Derkovits scholarship. In 1965, he received the word Prize in 1968, the Munkácsy Prize. 1975 Artist of Merit, in 1988, became a great artist. Salgótarjánban settled. In 1954, he appeared in exhibitions. The Hungarian artwork representing a group exhibition debut in 1968 in Moscow in 1969 in Essen in 1970 and Florence in New Delhi in 1971 in Venice. Solo exhibition was in 1963 in Rome, in 1969, the Art Gallery in 1976 at the Venice Biennale, in 1977, the National Gallery in 1986, the Ernst Museum. Mural works can be found among other Sárospatak city hall of Kuopio in Finland and a number of public institutions Salgótarjánban. His works are preserved in the Hungarian National Gallery and the Museum Salgótarján. 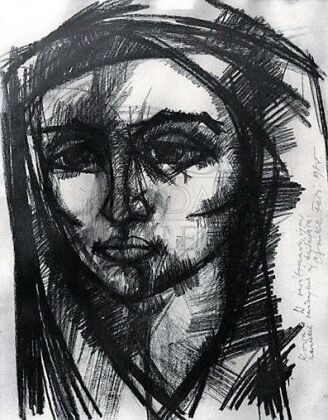