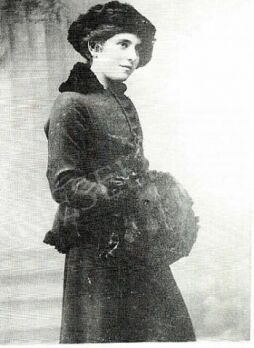 Mária Barta was born in 1897. At the encouragement of his mother, three Barta children embarked on their path to becoming artists, their life paths similar to those of the Ferenczy brothers. Among them, Lajos' younger brother became a world-famous sculptor, and http://artkartell.hu/vizit/358-barta-csavar's brother István was a painter whose career led to abstract art. Mária Barta studied at the School of Applied Arts, which she later studied under, among others, Béla Iványi Grünwald and Aurél Bernáth. In 1921 he studied at the Vienna School of Applied Arts. Initially, he was influenced by academic late Art Nouveau. Significant works from his early period include portraits and costume and set designs. These testify to a thorough knowledge of anatomy. Of his twenties, little of his work survived — but they are all valuable — because he was abroad, mostly in France, from where he often traveled to the Italian coast. He also traveled to Turkey during his travels. Although this stage of the oeuvre is incomplete, all the more telling is the artistic fruit of the 1930s, which represents a new chapter not only in abundance in quantity but also in quality. Mária Barta moved away from the naturalistic approach, her paintings became decorative and planar. In his approach, one can discover the influence of Matisse and the fauves, which he combined with art deco. The content and atmosphere of his spectacular, mostly vivid, bright colors is represented by the symbolism of the “Arcadia” worldview, which will be emptied by the end of the decade. To compensate for this, the ethnographic approach, the formulation of the image of tribal rites and dances, appears as a new element. The cult of the sun plays a significant role as a theme. The formal reduction that reflects the development of European art fortunately meets the essence-seeking world of tribal art. His paper collages, which are reminiscent of Matisse's later work with the same technique, helped to refine his painting ideas. He presented his works from the late twenties and early thirties in 1933 at the National Salon. He proved to be out of place due to his values ​​and artistic approach. One of the main reasons for this is that although the effect of art deco can be observed in Hungary, the degree of stylization and abstraction that he represented cannot be observed in his more moderate fellow artists. It is worth mentioning here the duality that characterizes his work - in connection with drawings made at the same time as compositions leaning into the abstract, which can also be linked to art deco, but at the same time are more restrained in stylization. He strengthened this side in his later exhibitions. Although he will have another solo exhibition in the Art Gallery only in 1946, he is frequently featured in other group exhibitions, such as the Ernst Museum, the National Salon, and the Art Hall. His works can be seen in the exhibitions of the Balaton Society, KUT, and the Munkácsy Guild. His admirers emphasize his thorough drawing skills and sensitivity to form. The post-impressionist era begins in the middle and end of the thirties, the main theme of which is the interior, still life. His art fits into the Gresham circle. Your images will be softer, more atmospheric. He continues to create vibrant, apt drawings and non-figurative workshops. However, he only attributed significance to the post-impressionist images of the older age. He died in 1969. As a result of the recollections written about him, the posthumous exhibitions, attention is once again drawn to the works of the 1930s, which testified to the avant-garde influence. The presentation of Mária Barta's life and art is yet to come. Literature: Szombathely Gallery, September 16 - October 24, 1999 Accompanying catalog of Mária Barta's exhibition.