Painter. He studied at the Budapest College of Fine Arts. He continued his studies in Munich in the etching department of the Academy. Master: P. Halm. He then studied with H. Martin in Paris. He worked abroad for a long time, having exhibitions in Paris, Rome, Madrid and several other major European cities. He had a collective exhibition at the Artists' House in Budapest in 1911, at the National Salon in 1919 and 1927. Awards: Ferenc József was awarded the jubilee prize in 1914; he won the Nude Award of the Art Gallery in 1923. The Hungarian He has several works in the National Gallery. 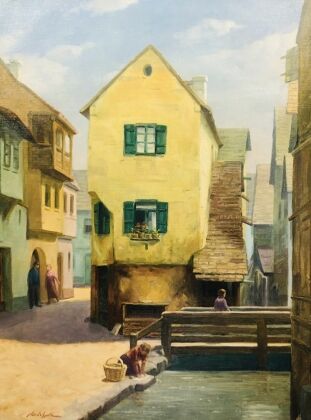