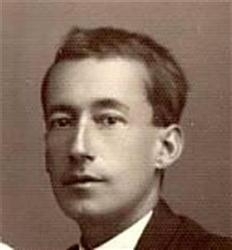 From 1913 the Academy of Fine Arts student, masters Zemplényi Tivadar, Balló Ede and Nicholas were bottka. His studies were interrupted by the First World War, from 1915 to 1918 served in the military. In 1919 he re-learned in college, was a master of Benkhard Ágost. Between 1922-1925 was under the leadership of Olgyai Viktor Graphics Departments, the master during 1922-1923 worked as an assistant professor. 1923 featured a graphic exhibitions in Budapest, regularly took part in the Hungarian Engravers Artists domestic and foreign exhibitions. In 1926 he was presented with etchings Aba-Novák, Horseshoe and Szőnyi works of the Hungarian Rézkarcnyomó Workshop. In the summer of 1926-1927, including Aba-Novák, Horseshoe worked in the company of Igal. In January 1927 graphics, paintings and October saw the crowd at the Ernst Museum. This year he received Szinyei Merse Pál Society, named after the Zichy Mihályról graphic fee. In 1929 and again in 1932 they presented significant collection grafikáiból the Ernst Museum. The World\'s Fair held in Barcelona (1929), a bronze medal in the applied art exhibition in Monza (1930) was awarded honorary diploma. The first half of 1930 was the National Salon on two occasions (1931, 1934) who was a family name műveit.1932 Simkovicsról Magyarized Tarjánira, now Tarjáni Jenőként, later Tarjáni Simkovics As featured in Eugene. In the middle of the decade decorated with Hungarian motifs designed clothes, he also fémintarzia and production of ceramics. 1944 to 1954 was a workshop leader in the College of Fine Arts, Department of Graphic Nandor Lajos Varga and Charles addition Koffán. In the 1950s onward the works included in the summary graphics historical exhibitions. 1965 showed a selection from the Dürer grafikáiból Hall. In 1985, the Academy of Fine Arts exhibition hall organized an exhibition of his drawings and etchings summary. During the 1990s, several individual exhibitions were, among others on the occasion of the hundred-year anniversary of Erdős Renée-House (1995) and The Kiss Gallery (1995) creations. 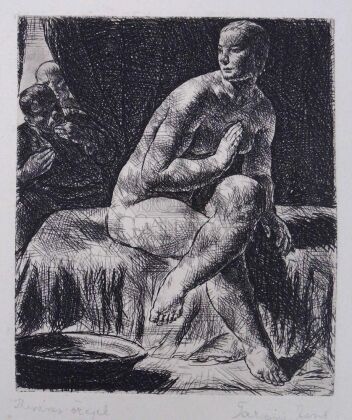