1870-1871 he also studied engineering, but soon átjelentkezett the Munich academy. In 1873 in Paris, the Ecole de Beaux Arts-trained himself on 1878 Italian tour started. 1897 solo exhibition opened in Paris. In the seventies was the first time in Szolnok, 1902, he participated in the founding of the colony. Constant travel with a lot of Paris, Vienna, Budapest was, and family-owned, Beczkó. Attracted by the world of poverty and marginalize were company; They were models of support provided to them, they lived among them and lived with deep connections. A World War II war served as a painter. Intellectual character, which shade is known in Paris Theosophical and Buddhist ideas, notebook of diary of a series of well outlined. 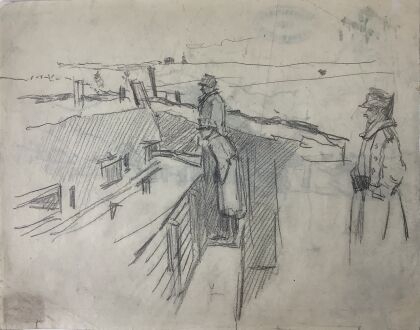