Paul Paul was a French painter, known for his quick brush strokes and dynamic colors, street scenes, figures and horse races. Born on July 2, 1895 in Paris, France was a largely self-educated artist. During World War I, Paul served in the French Army, losing one leg. After dismantling, he worked to return to painting. In 1917 he first sold paintings to an antique dealer and thanked Juan Grist for his help with painters. At the same time, Paul began to learn engraving with Eugène Delâtre. From 1920 he began exhibitions at Salon d'Automne and Salon des Indépendants. The artist's expressionist works have a variety of influences, including his friends, Maurice de Vlaminck and Maurice Utrillo. The increasing health problems caused by alcoholism forced the artist to treat in the 1930s. When he recovered, he entered a new phase in his rhythmic lines. The artist died on April 30, 1975 in Paris. 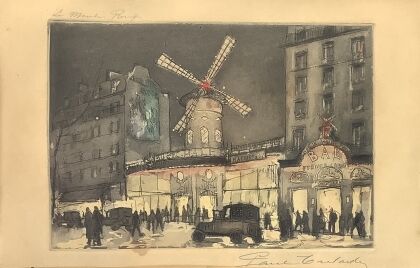