Painter, graphic artist. In 1933, Szőnyi István private school, then studied at the Budapest Academy of Fine Arts from 1934 to 1940. Masters: Rudnay Gyula, Réti István, Benkhard Ágoston, Szőnyi István. Alexander the Great learned fresco painting. In many European countries, as well as Mongolia, Japan and Algeria went on a study tour. From 1940 he lived in Hódmezővásárhely. Actively involved in the local art fairs life between 1943-1947. In 1948 he moved to Budapest. Szőnyi István at the College of Fine Arts in Budapest fresco as an assistant teacher taught from 1949 to 1959. The Military art studio he organized in 1951-1952. In 1953, local fair open house artists' colony. Hajdúböszörmény artistic director of the artists' colony. 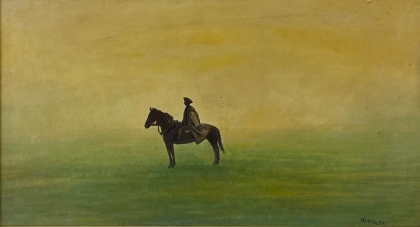