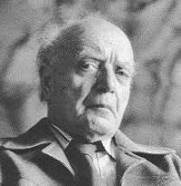 Grandson of the Uncle Piácsek of Rippl-Rónai's paintings, he was a student at the Hungarian Academy of Fine Arts under Rippl-Rónai from 1918, and István Réti as of 1923. He worked in Paris from 1926 to 1940, first with the surrealists, and then as a member of Abstraction-Création. KUT elected him as one its core members in 1934. His ideas did not change with his return to Budapest in 1939, though he kept his abstract work out of public reach until 1969. In 1945 he settled in Pécs. He became a member of the European School and the Hungarian Group of Abstract Artists after the war.