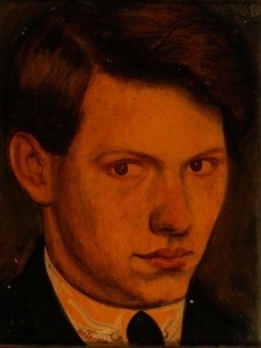 He completed his artistic studies at the National Hungarian Royal School of Applied Arts between 1910-14. Here was Aladár Körösfői Kriesch, who later became assistant professor. In 1930 he won the Aquarius Prize of the City of Rijeka, in 1932 and in 1938 the State Watercolor Prize, in 1935 he was the winner of the Balaton Watercolor Contest. At the 1937 World Expo in Paris, he won the grand prix for the frescoes of the Hungarian pavilion, won a gold medal in New York in 1939 at the International Exhibition, in 1940, Also at the International Applied Arts Exhibition is a gold medal. Between 1942 and 1949 he taught at the Hungarian Academy of Applied Arts. 1965: Work Order of Merit Gold; 1971: Munkácsy Prize; 1977: a worthy artist. In the First World War, he worked as a war correspondent with a large number of drawings. Founded in 1920 as a founding member of the Cennini Society, later vice president of the Association of Hungarian Watercolor and Pastel Artists. From 1923 to 1927 he lived abroad. In the first half of his career he has been responsible for several monumental decorative paintings. Gobelinterveit's wife, in the workshop of Teréz Nagyajtay. He also worked as a newspaper writer and stamp designer, but he was primarily aquarist. He painted portraits, landscape and city paintings. 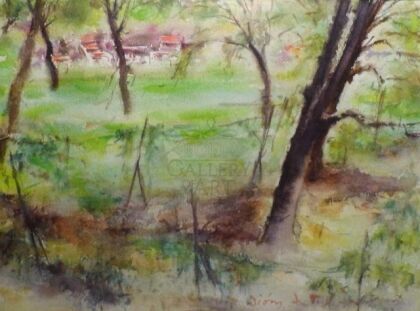