Lajos Bruck, painter, born. Pope in 1846, In Budapest, 1910. At the age of fifteen, he was taken to Pest, where he acquired the first elements of painting in painters' workshops. In 1865 he was admitted to the Vienna Academy. Here he studied with Geiger and Wurzinger. In 1869 he went to Italy with a public scholarship, where he was painting for a while at the Academy of Fine Arts under Molmenti. In the 1873 World Expo in Vienna, he first appeared with his two paintings, the still-painted Fair in Ponte Rialto and a Hungarian-style Falusi cuisine, which he exhibited in Pest this year. He now went to Pár (1874) for the price of these pictures and a public scholarship, where he worked for a while at Munkácsy. After two years of staying there, he was set up in 1876 at the Parish Salon. Later he lived in London, where he was the most sought after portrait artist of the yard and the English aristocracy, and as chairman of the Hungarian Association of London worked actively. The most significant of his exhibits at Royal Academi include Lady Folkestone, Earl of Radnor's portrait and the world famous Joachim quartet. In 1885 he returned to Budapest with his family and lived until his death. In 1899 he directed the exhibition of Hungarian artists in St. Petersburg, Czar Miklós opened for him and for which the czar donated him the Knight Cross of the Order of the Order of the Sun. He was a founding member of the National Salon. In 1896 he painted the portraits of King Ferenc József I. and Elizabeth Queen for the courtroom of the Budapest Palace of Justice. His sketches presented in his exposition show these contemporary paintings with contemporary French masters, not just Corot-related masters. Works of this nature also represent the Museum of Fine Arts. 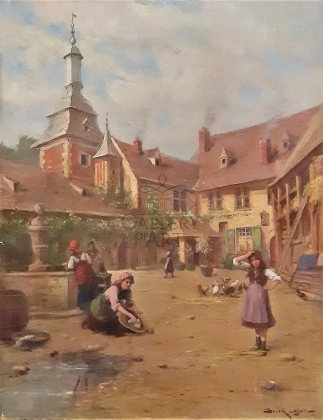 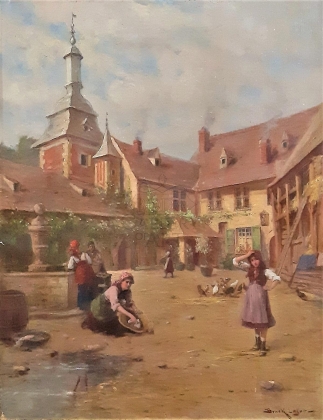 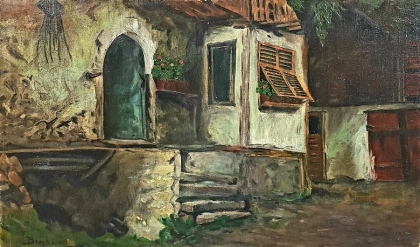