1932-1937: Hungarian Academy of Fine Arts, master of Oszkár Glatz. Between 1948 and 1951 he taught at the Budapest Fine Arts Grammar School in 1951-1952 at the Hungarian Academy of Applied Arts. He was on a study trip to Italy, France, the Soviet Union. In the 1950s he spent a longer time at the colony of Szolnok. In the early 1950s, the Hungarian historical past was concerned. His later works are decorative color figurative compositions, landscapes, still life, born from the recollection of natural spectacle. Frequently used grotesque settings. His works were exhibited at a national group exhibition (Hungarian Fine Arts Exhibitions) 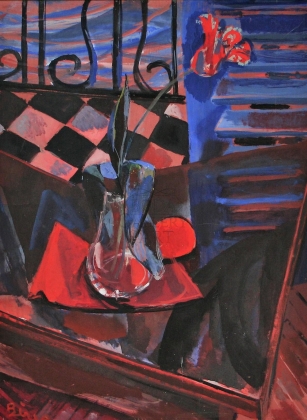