Painter. At the Budapest Academy of Fine Arts, he was master of Ágost Benkhard and István Szőnyi. Between 1939 and 1941 he worked as assistant lecturer in Szőnyi. In 1939, the college was awarded a gold medal. 1939-41, then in 1947 he was a Roman scholar. He won the Szinyei Prize in 1941-42, Munkácsy Prize in 1953, 1958 István Csók Award, and Deauville with Grad Prix and Bronze Medal in Brussels. He worked for the rest of the artists in Miskolc, and from 1957 he was a member of the Independants Salon in Paris. President of Mednyánszky Society. She studied at various exhibitions throughout the world, and had several exhibitions in Germany and France, Italy, England and Hungary. He organized a retrospective exhibition at the Műcsarnok in 1982. 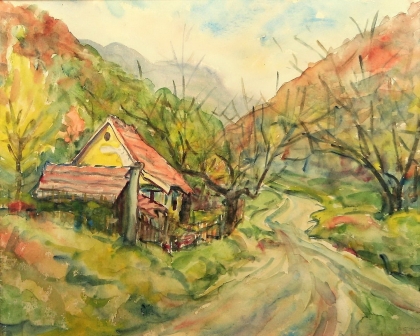