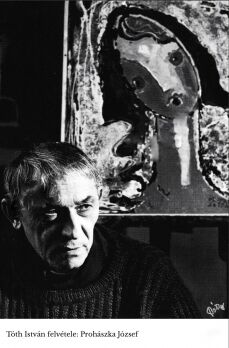 József Prohászka was a painter at the Ungvár clay school, from 1914 to 16 he joined the Nagybánya Colony of Artists under János Thorma, and later became a pupil of Imre Révész. He later became assistant lecturer at the Kecskemét Artists Colony, where he worked from 1920 to 1944. He was a student of Ede Ballo and Bertalan Pór at the College of Fine Arts. From 1820 he worked at Imre Révész at the colony of Kecskemét. By 1964 he lived and worked in the famous city. From 1923 he exhibited at the Ernst Museum, at the Műcsarnok and at foreign exhibitions. In 1964 he organized a collection exhibition at the Katona József Museum. After the initial plein air experiments, he gained more serious results in portrait painting since he came to the authentic psychological characterization of the painters. In addition to his more elaborate landscape and figurative compositions, he also produced large-scale social sensitivities and representative historical compositions. His wife, Irma Vujovich, painter, represented the continuity of the Kecskemét Colony of Artists after the Second World War. Among other things, he made the altar of the Temple of Friends, which depicts the bishop of St. Nicholas in a decorative twisted frame. Prohászka P. Halász painted his work in 1933 based on the idea of ​​Jeromos. Saint Nicholas points to the sky with one hand and the other to the gospel of an angel. There are two balls and bread in the book indicating that St. Nicholas helps the bride and the poor. "The enormous composition is equally worthy of the temple, the altar, the theme and the creative artist. Incorporating religious and artistic beliefs, a wonderful artistic creed, is an ideal one. We awaited a light, uplifting, awe-inspiring, great work from József Prohászka. The artist has fully rewarded the hope he has given, his whole heart, his soul, his sacred faith in his profession, "said the Kecskeméti Bulletin on September 11, the creator of the high altar. 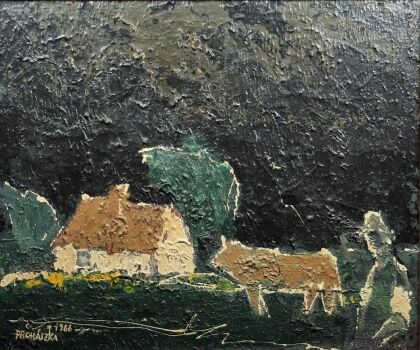 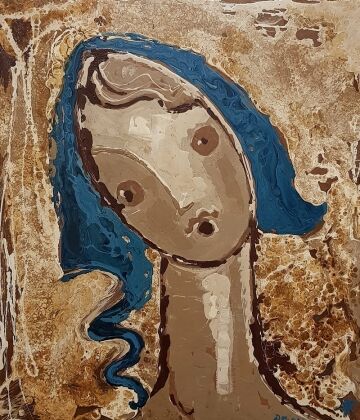