He is a painter, poet and scholar. From 1950 he conducted private studies at Vincén Bánsági. Until 1967, he completed the Pedagogical College of Nitra. From 1960 he worked as a drawing teacher, From 1976 he taught at the Konstantin University's drawing department. He is a Candidate for the Charles University of Prague graduated. He settled in Révkomárom, where the Artists of Komárom became members 95 group. In 1985 he traveled to Austria, Switzerland, Germany, 1994 to the Netherlands. His paintings are stylized on the highlands and the Danube landscape displays it. You are also dealing with graphics and monumental works like stone mosaic a sgraffito. His work is in the Oberland public collections and at the Hans-Copi Oberschule Little Gallery in Berlin they got in place. 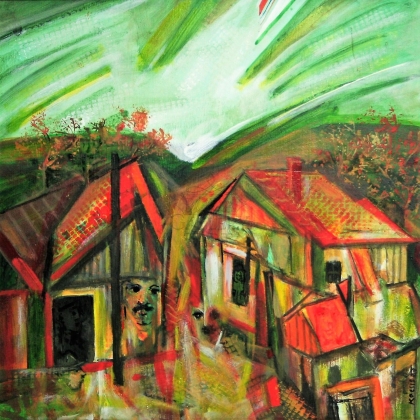