He came to study at the school of Karl Heinrich Rahl in Vienna after student years in the private school of Jakab Marastoni and the workshop of Henrik Weber in 1852. As a talented pupil he was quickly given the opportunity to take part in the execution of Rahl's monumental fresco commissions. Fresco painting became his main expertise, though his landscapes, paintings on allegoric and mythological subjects or portraits are also of note. Took part in the work of decorating the Hungarian National Museum (1874), the Hungarian Opera (1884), the Supreme Court (1894) and the Parliament (1897). Taught at the Professional School of Decorative Arts, and became the head of courses in painting for women that the school initiated in 1885. 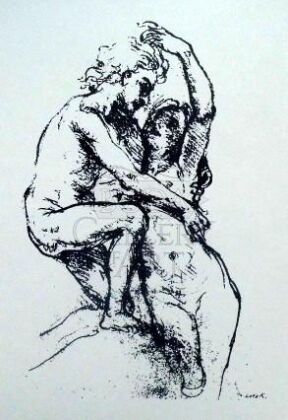 335x240 mm
serigraphy on paper,
signed below right: Lotz K.
on the back of the Hungarian National Gallery Copia 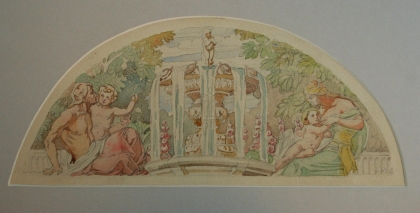