Painter, artist. Cluj-Napoca, between 1957-1963 he studied at the Academy of Fine Arts. Master: Bene József. Subsequently brought Nagybánya until 1990. The Maramaros folk art and folk art was a professional manager. Folk art collection and research work carried out. In 1990 he moved to Hungary. Eger lives. Besides painting deals with applied arts. It creates tapestries, building, interior decoration and fémdomborításokat. 1964 more presented works of group and solo exhibitions. In 1972, the Museum of Applied Arts, 1990 Sátoraljaújhely, 1994, Szeged, 1996, 1997 and 1999, in Stockholm, in 2004 in Szombathely was a solo show, appeared in Miskolc Autumn exhibition 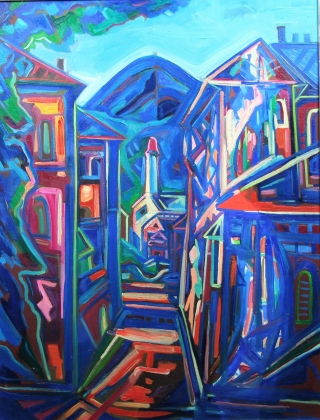