Painting studies in Budapest and Munich. When he returned home to Szolnok, he became a founding member of Szolnok's colony. Between 1893-95 he and Pál Vágó together with László Mednyánszky participated in the creation of the Feszty panorama. His unique creations tell the pure study of nature. Impressionism influenced the early period of his painting. He joined the MIÉNK Fine Arts Association in 1907, then went to Béla Iványi-Grünwald to paint the artist's colony of Kecskemét, and in the summer he was responsible for drawing and painting. he worked as a painter's teacher, corrected in the courses of the artist camp. The Kecskemét site faced painters of Art Nouveau style, eventually left the settlement in 1914, organized a fine arts school in Sárvár and moved to Budapest in 1920. In 1921 he joined the Benczur Society. The landscapes of the Great Plain are realistic and broad-performing. [2] For genre, he mostly painted landscapes, often with figures and animals. He drew his main motives from nature. Most often he participated in group exhibitions at the National Salon in 1909 at the Bookshop Gallery. His works are guarded by the Hungarian National Gallery, but most of his paintings are privately owned. 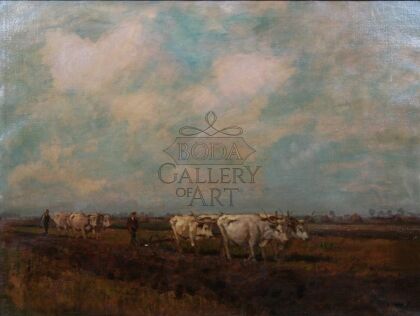 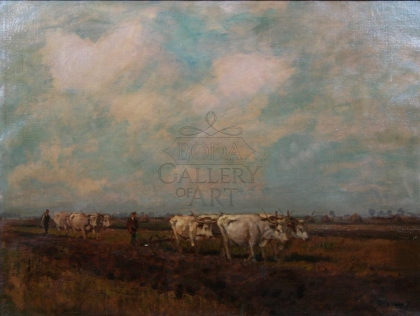