Painter. Originally conducted teacher training college, then went to Baia Mare in 1924, where he studied painting Thorma Jánostól. Master, who was also a distant relative also married in 1929. He continuously worked in the artists' colony, and participated in several group exhibitions. After the war he worked less and less, but lived in Baia Mare studio until his death. His works can be found in several Transylvanian and international public and private collections. 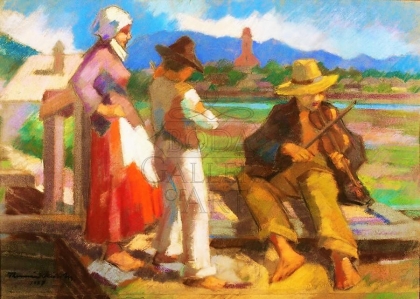