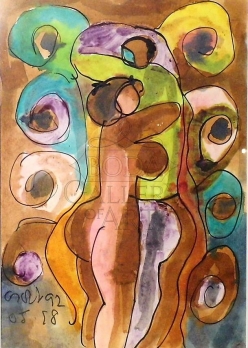 Painter. Márffy Odon school of painting from 1950 to 1954. Masters: István Varga Ilosvai, Emil Gador, Toth Melchior. He lives in Budapest. General Secretary of the Royal Art Group from 1990 to 1998. He worked in the Tokaj and Telkibánya artist colony. A number of domestic individual and group exhibitions included. solo exhibition was in 1981 at the Art Gallery. The National Watercolor Biennials are regularly included. Prizes: 1st Prize announced the unification of Pest-Buda 100th anniversary of the competition, Ilosvai István Varga Prize in 1996. Public collections, among others, Charles Ferenczy Museum of Szentendre can be found in the works.